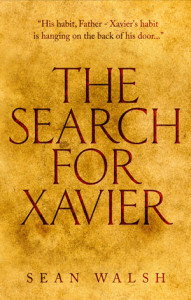 Paris. Circa 2010. In a bistro near Notre Dame, Jim and I meet up: pasta, wine, coffee – and talk, talk!..
And when I mentioned – shyly, reluctantly – an idea for a drama that was, as yet, very much in embryo his eyes lit up and he became an instant fan! Then questions, questions!
And in striving to formulate answers the project began to crystallize in my mind…
Fast forward to 2012. Act One of The Reckoning, a stage play in two acts, written, edited, printed… a copy posted as an email attachment to Paris. His reaction was quite spontaneous:

“What can I say?.. What can I say!.. Riveting!.. Absolutely riveting!.. so pleased and excited about what you are doing. You certainly have this play in you and it just needs to come out.
I love the dialogue. The characterisation is authentic and varied.
You create and hold the dramatic intensity… Delighted, really delighted…””

Fast forward to 2014. Despite such an enthusiastic endorsement, I lingered, dithered, procrastinated…
Then, finally, I began to write again – and in earnest. Gradually Act Two materialized.
And a second email to Paris with attachment.
(Between times I had changed the title while still unsure about the actual format: stage, video, audio?..)
Back came Jim’s response:

“What a play! What a play! What would it be like to see it!.. You have done a super job. Bless you. There are the amusing bits. Its great fun. But then it fills me with sadness. It makes me cross.
It makes me mad. I want to cry. I’m enveloped in the world that was yesterday… witness a personal tragedy unfold in the twilight of that evening then itself fading.”

This play shows why art is needed – to go where history cannot: in this case into the internal impact of a ‘defection’ from the fortress church of Irish Catholicism in the 1960s.

Xavier, a monk, has disappeared, but why – and what will this mean for the morale and mission of his brothers? How are they to make sense of it, and what does the future hold for ‘the church’ anyway, a church over-identified then as now with its celibate clergy?

That question is not yet past history of course: ‘The Search for Xavier’ helps the reader – and not just the Irish Catholic reader – to articulate those questions we tend to suppress because of the ‘Seamus Heaney Protocol’: “whatever you say, say nothing”.

It obviously took great courage for Sean Walsh to write this story, but it is also his skill as a writer that makes the book one of those as yet unknown classics that historians of the future will need if they are to map our recent past and present.

No other book has taken me so close to the inner turmoil caused to that fortress church of the 1960s by the answering of a vocation to a life that can nourish the heart as well as the soul.
– Sean O’Conaill.

This is a truly powerful drama that will engage the reader at many levels. It is set in that pivotal moment within the Catholic church when the tectonic plates that had been building up pressure for centuries begin to unexpectedly shift with the workings of the Second Vatican Council.

The play explores the energy released by this shift through the lens of a community of Friars in a monastery in Ireland. Their world is a microcosm of the world of the church at that time
and of the culture as a whole.

The members of the community are portrayed with honesty, insight and, ultimately, compassion. These are real human beings engaging with situations and issues they have never had to engage with up until this moment. The whole of humanity is there and the readers will sense that they are there too.

The human dramas generated by the members of this community at this time of profound change will continue to speak to us long after we have read this play.
It is a play that deserves a stage.
– Martin Hogan.

About that whelp, Xavier!.. I can’t help starting with this quote, “In the first half of the 20th century religious became fossilised in admirable institutions of impeccable pedigree which encased them in a cocoon of continuity glorified with the term of tradition” (John Scally, Trinity Spirituality Vol 119)

Xavier brought back to me long lost institutional memories of life in the corridors of Merchants Quay – 1969 – for six months after Rome and before I left for South Africa… It was uncanny and made me uneasy. A frozen moment from the past that I had almost forgotten.

Sean, you certainly captured it: the typical conversation pieces, the recreation jargon, and the insular in-house mood of another time; conservative pious brothers strong in purpose, the hint of homosexuality, the constant tinkle of glasses, familiar throw away or closedown remarks, community alliances, canon law rules – over mercy and compassion..

Near the end there is a chink in the prevailing dysfunctional spirituality of the “monks.” A break-through in thinking. Somebody gets the bright idea that maybe they had failed their brother a bit. Didn’t catch on to his cry for help…

And then there is that song at the end. I thought I was in Galway after a  Christmas concert in the early sixties!

Sean, congratulations. You have captured history, human, religious and Irish Franciscan history. An essence of what the dominant religious culture and spirituality was like. Send a copy to the achieves in Killiney.

But what of Xavier? Was he really excommunicated? One wonders about the hell he privately went through in this whole affair. His was perhaps a liberation struggle from the suffocating, corrosive structures of a closed institution, indeed of all religious institutions before Vat Two. Creative people would have felt it most keenly.

The Ireland of our childhood, the Church of another age… the church in winter light about to break up… My heart is heavy, my  eyes wet with tears… as I listen to the last of the glass breaking, see the last of the statues toppling,,, for that is what this play is about, yes, glass breaking and statues falling…  A grand play and in spots a great play…          – J H

Would make a powerful film… captures a moment of huge transition in the life of the church… captures the coldness of some in positions of authority and the clinical nature of the exercise of power from Rome. Could only have been written by someone who knew the scene from within and therein lies its great strength, it has the ring of authenticity…