When she took off I gave her a month,

‘month at the outside…

She’ll be back, nothing surer.

Head hanging, down at the mouth, sure –

but glad to be home, for all that:

What are you at, a tall a tall, daughter mine?..

Sure I knew the time would come

when you’d want to fly the nest. Sure I did.

But I wanted so much you to have

something going for you –

so you wouldn’t be going to nothing…

skimping on this, going without that,

maybe borrowing, on pay day, your fare to work.

Answering one small ad after another after an –

hoping against hope for an interview,

a chance, yet another chance,

to bluff, lie, talk your way

into a no-hope job,

get a foot on the first rung of a ladder

But the weeks passed. And the seasons…

She hung in there, held out, roughing it.

No way would she give in. Pride?.. But of course.

And a strong resolve to stand and give challenge.

But kept in touch – the occasional letter,

the so seldom phone call.

‘Came the day I booked a flight,

made a phone call, then to Heathrow,

and on to London Central…

I wanted to see my daughter, that’s the why!

Now… let me look at you… Hmmm…

Well… For one thing, you’re too thin in the face

and too much on the hips…

You’ve been eating all the wrong food, I know, I can tell –

For another… I can’t take my eyes off you!

We walked and talked –

until we came to a restaurant off a main street

that looked just the job…

How do you like your spaghetti, kiddo? Al dente?..

in the homemade ice cream smothered

Still only a child in ways, my wee Jenny…

Over coffee she fished a camera

from a God Almighty hold-all –

and a passing waiter duly obliged.

Just you and me, Dadsers!..

And when she excused herself to go to the loo,

I knew she was having a quick drag.

But not in front of her old man.

Not yet. Not quite yet…

exit into the crisp night air,

the emptying streets… the Underground.

I to my hotel, she to her burrow in outer suburbia.

Down and down again… cavernous… dim lights…

We waited, platforming with the other,

Will you be all right, Dad? You know where to change?

Write, won’t you? You have no idea how much it means to –

I stepped into an empty carriage,

turned, and our eyes met:

No! The doors edged shut and it was moving,

Then she was gone… I was gone.

The doors opened again at the next station.

In a way, they had closed for good.

And so much gone unsaid.

So much beyond and below the chatter,

A hundred – oh, a thousand – things

I, I left something of myself on that platform.

Behind, on that platform. And even if I wanted it back?

But I wouldn’t – wouldn’t ever want it back.

Let her be… chart her own course… into deep water.

‘Had it framed. The print she sent me.

‘Not a great ‘photo, not much of a camera, but still…

Here, on the mantelpiece… by the clock.

When I light the fire of a winter’s evening,

switch on the occasional lights,

it seems to catch the glow…

Jenny. Jenny Alana and me…

arm in arm in El Corvo – 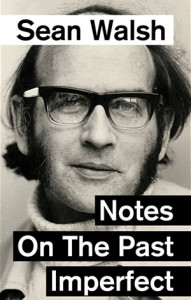 A wee gem lifted from the final chapter of

Notes on the Past Imperfect.

Available on Amazon, paperback or Kindle.

Some months after posting the above

I began again to scribble,

came up with the following –

after many attempts to “get it right.”

‘Cross to a slanting ceiling,
lever open the Velox window,
look out across Joycean rooftops,
to Dublin bay… and London
so far away…

January, 2020. Something in the last module of my magum opus, Jenny One Two Three, had caught my eye… Dad and daughters… His love for them, their love for him…

So…Abstract various passages from the book… coupled with old, black-and-white photos from archives – and hey, man, you have yourself a book!

I toyed with it, on and off, wrote a snatch here and there, this time determined to make it an ebook only – a digression from the usual formula.

Contacted Andrew Brown (design for writers.com), outlining what  i had in mind and attaching a selection of the photos I intended to use in the corpus… Within a week he was back to me with something akin to what I had in mind. I bought it on the instant. 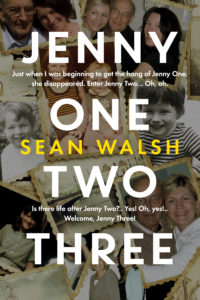 The cover says it all!

But it wasn’t until Lock down set in in earnest that I began to write seriously, chart a way forward, follow my instincts… March, April, May, June… For me, the Pandemic turned out to a be a Creative Writer’s oasis… Quiet, stillness… tap, tap, tap on my keyboard…

By mid-June I was confident enough to publish – and be damned! I had been over the MSS again and again… You cannot be forever posting draft after draft. There comes a time when you have to say coram populo, Here I am, folks, warts and all… That time came for me toward the end of June, 2020. I pressed the Publish button…

Readers’ reviews – three in all so far – published elsewhere on this website. Go find… read…