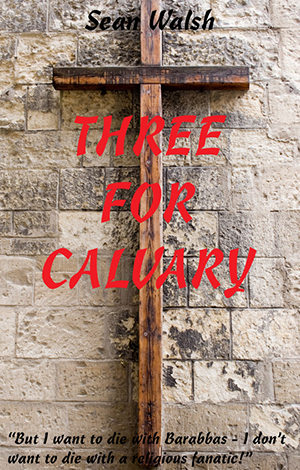 Jerusalem. Beneath the Roman Praetorium, in the dungeons, three men lie in chains, awaiting execution: Dismas, a thief, perhaps the greatest thief in all history – who stole Paradise even as he suffered the death penalty. Gestas, a man who may die as he has lived. And Jesus bar Abbas, held for murder and sedition, of whom so little is known, so much surmised… even to the present day.